Would you follow a person off a cliff? No you wouldn’t.

Would you jump out of an airplane without a parachute if someone told you to? Of course not!

So why do so many of us follow people who lead us down the path of negativity and pessimism and then blame others when we know that it’s not what we want in life?

I think the answer is that it’s easy to be negative, it creates less waves if we follow the pessimistic consensus of our peer groups and its safer to not stick our neck out and take chances. Instead we feel more comfortable following the norms and its convenient to lay blame on others, instead of critiquing ourselves when things aren’t going our way. 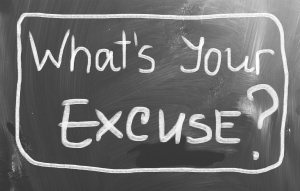 Well it’s now the second week of February and that new years resolution to make a change, to get rid of negativity and not follow the conformability of pessimism is fast becoming a failed goal for 2015.

Don’t follow people over a cliff and make that change towards positivity and success.

In its push to improve the tactical capacity of law enforcement officers in Cambodia, SMCS...

GEI Mekong has today announced that Mr. William Willis will take over the role of...

SMCS GROUP has confirmed that it will continue its support of the National Breast Cancer...