Its no secret that for the past 10 years whilst working in the anti-child abuse industry, that I have been a strong advocate of stopping Australian’s convicted of child sex offences, from being in possession of a passport and from leaving Australian shores to abuse children in foreign countries.

In my experience, the attitude of Australian Government agencies towards this problem, often portrays a common theme of ‘its not our problem once they go off shore’.

As a person who has spent the past 10 years trying to stop child abuse in countries like Cambodia, Thailand and India, nothing infuriates me more, when a foreigner travels to a foreign country and abuses a child. What is even more infuriating is when these foreigners are known to be convicted child sex offenders in either their own country or another foreign country, and the authorities from the offenders native country have not cancelled the persons passport or restricted their travel.

‘Increasing numbers of Australians are being apprehended in South-East Asia’s poorest countries on child-sex charges amid growing concerns over a billion-dollar cybersex industry targeting impoverished children, including toddlers. The children are being forced to perform sex acts that are streamed online to pedophiles around the world, investigators say.’ 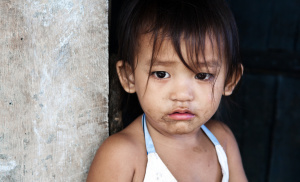 This article highlights just how serious the growing number of Australians traveling to Asia to abuse children is – something that we as a Nation should be disgusted with and deeply ashamed of.

I have made it very clear to several Australian Policing Agencies that SISHA International’s stance on this matter is simple – if an Australian National travels to any foreign country and abuses a child, and it is identified that Australian Police or Government had prior knowledge that the Australian National had criminal history for abusing children, and Australian Authorities did not do enough to stop that person from travelling to the foreign country, then SISHA International will legally represent that child and look to take civil action against the Australian Authorities on behalf of that child.

Australia has a duty of care towards all children. The solution is very simple. If you are an Australian convicted of a child sex offence in any country then your right to hold an Australian passport should be removed and your right to travel to another country is no longer available.

The rights of a child to be protected from abuse in any country must be something that all of us look to preserve – Its time to take a stand!