Humanity has seen its fair share of wars, with most of them eventually having a winner or at least an amicable outcome. But we are now fighting a war that will be hard to win and there will definitely be no amicable outcome for anyone involved. 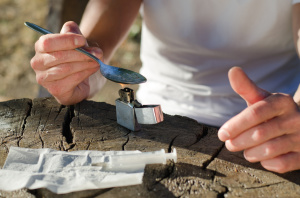 I’m talking about the war on the methamphetamine drug ICE.

For many years police, medical services and governments have been fighting a war around the world against the drugs Heroin, Cocaine and Cannabis; a war that has lead to increased crime rates, increases in drug related deaths and increases in medical issues such as schizophrenia and narcotic psychosis.

Police and drug enforcement agencies have taken zero tolerance stances against targeting drug traffickers and users of the drugs. Medical & social service experts have provided medical alternatives to help users kick their addiction and some Governments have looked at a softer approach to fighting drug issues by legalising the use of drugs such as Cannabis.

The war against Heroin, Cocaine and Cannabis has created heavy debate on what the best methods are to stopping drug trafficking and drug use. Some say zero tolerance policing that targets both traffickers and users is the best way to stop it; others say strong judicial punishments by the courts reduces drug use; and many believe that legalising drug use will stop the demand for it commercially – reducing the drug trafficking business and stopping users committing crimes like robbery, burglary and theft so they can pay for the drugs. This debate will go on for sometime until an amicable solution can be identified and implemented worldwide.

However there is no room for debate when it comes to the trafficking and use of the methamphetamine drug ICE. In my opinion the answer to stopping the use of ICE must be zero tolerance policing, targeting drug traffickers and ensuring that long gaol sentences are handed out for those who are found guilty by the courts. And why would I say that this is the only solution? – well let me explain. 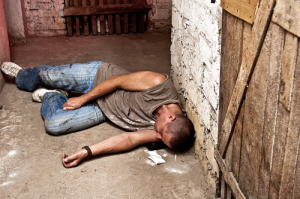 Unlike Heroin, Cocaine and Cannabis which are derived from natural products, ICE is a laboratory fabricated drug that is highly poisonous and its addictive qualities are unlike any other drug known to man. It is well documented that most users who used ICE, became addicted after using the drug twice.

Unlike Cannabis, which when used is not likely to instantly kill you, or in the case of Heroin and Cocaine, which won’t instantly kill you unless its has been cut with poisonous chemicals, or if its too pure and the user overdoses due to the amount they inject, using ICE can and has on many occasions, instantly killed users due to its potency and poisonous additives.

Unlike Heroin, Cocaine and Cannabis, which can be used without detection and with little disruption to a users daily life, ICE users are always detectable, with very noticeable changes to their behaviour. ICE is a dangerous and potent chemical that first acts as a stimulant but then begins to systematically destroy the body. It causes serious health conditions, including memory loss, aggression, psychotic behaviour and potential heart and brain damage resulting in death.

Highly addictive, ICE burns up the body’s resources, creating a devastating dependence that can only be relieved by taking more of the drug. Unlike users of Heroin, Cocaine and Cannabis, who can make decisions on whether to use the drug or not, ICE users become so addicted that their ability to stop using is no longer an option.

ICE users cannot grow ICE or make it themselves – it requires a person with knowledge in chemicals and chemical process. This means that ICE users will always have to buy ICE from drug dealers, increasing the commercial value of the drug, and in many cases causing ICE users to resort to crime to pay for they increased drug use.

I’ve had lots of experience with drug traffickers and drug users. I have attended many drug overdoses, many who were dead and I have had to deliver the devastating news to families, telling them that their child has died from a drug overdose or if they were lucky to survive using the drug but were arrested, that they will have to face the courts.

But I have seen nothing like the ICE epidemic that the world is facing now. I often discuss the ICE problem with friends who are still on the frontline and dealing with the ICE problem. They agree with me in that this is a war that is extremely hard to win, a war that will see numerous deaths and a war that does not discriminate on who becomes a casualty.

My fear is that my children as they get older may be exposed to drugs and ICE, either through the environment they grow up in or by friends who use the drug. My fear is that my children may use the drug themselves due to peer group pressure and become addicts. I speak to my daughter about drugs and how dangerous they are. I point out drug users when we see them in the streets and I try to educate her about drug use and tell her that if she is given drugs by her friends, to tell them NO.

But that is a battle plan that has too many ‘what if’s’ – the addictive qualities of ICE means that if my children try it once then the chances of them making a decision to stop may not be available to them or me. So, I believe that the only way we can protect our children and ensure that they don’t fall prey to ICE, is to have zero tolerance to the makers, traffickers and dealers of ICE, send them to gaol for a very long time and stop the drug getting onto our streets before our children can’t use it.