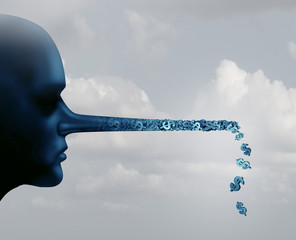 I recently completed an investigation on behalf of a company in Cambodia into an alleged theft of money by an employee.

The employee who was in a senior role at the company, had not returned to work after the company HR department asked him questions about the alleged theft. The HR department had tried to resolve the matter in house without involving police.

After a quick review of the information presented to me by the company, it was apparent to me that the employee had definitely stolen money; but thats not what I want to discuss in this article.

What I want to discuss is the extreme importance of conducting thorough pre-employment screening and background checks on every person who is going to be employed at your company. 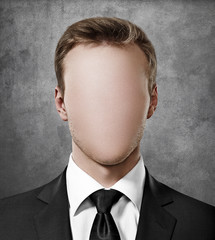 On obtaining the personnel file of the employee in question, I found a very sketchy and incomplete file with limited information about the employee’s personal details. The phone number that the employee had been using whilst employed at the company had been switched off and was uncontactable.

Together with my team, we began to investigate the background and whereabouts of the employee, but soon discovered something all too common in Cambodia. Some of the personal details that the employee had provided the company were false, the information he had provided to the company when first hired had not been verified by the company and no pre-employment screening or background checks had been conducted by the HR department.

When we checked the Cambodian ID card listed on the employee’s file, it showed a commune and province address only with no house or street number. Checks with local authorities confirmed that the employee’s mother lived in the commune but had died in 2011 and the employee had not been seen in the area since then.

When we checked with the education providers listed in the employees provided CV, it was discovered that the employee had not completed his Degree in Finance and the university did not have a home address or phone number for the employee in their student file.

When we liaised with the past employers listed in the employees CV, we found that the employee had been dismissed for theft in 2012, obtained a new job with another company shortly after, before being employed by the company we were representing.

Our conversations with the HR department of the company we were representing ascertained that they had conducted minimal pre-employment screening and no background checks on the employee, and their justification for not doing this was that the manager of the company had approved the hire and told HR to get the employee into the company as soon as possible. Unfortunately the manager who supposedly gave this directive had left the company in early 2017.

Fortunately, thanks to some non-conventional lines of enquiry, we identified the location of the employee. Subsequently, police were involved and the employee was arrested and interviewed. The company, to avoid further embarrassment, allowed the employee to pay back the stolen funds and withdrew the criminal complaint. Ill leave that discussion to another article.

The alarming concern I have is that the company we represented is not alone in its failure to conduct extensive background checks on potential employees. There seems to be an increasing number of people, both Cambodian and foreign, obtaining employment in Cambodia even though it is common knowledge that these people have been dismissed from their previous employment under dubious and questionable circumstances and/or they do not posses the skills, experience and qualifications that they say they have.

It is imperative that employers conduct thorough and extensive background checks on any employee you are going to hire. Background checks must go beyond what is written in a CV. Some of the checks that should be conducted are:

Conduct a home address check. Physically visit the address provided by the employee. If they own the house request documentation confirming this. If they rent, request a copy of the lease agreement. Implement an internal policy stating that employees must notify the company if they change their living address and have your HR staff do yearly audits.

Conduct criminal record checks. Checks should be conducted with the Cambodia Ministry of Justice who will check with all 25 provinces of Cambodia. Ask the employee to produce a criminal check from the country of which they are a citizen.

Conduct checks with previous employers. Liaise with more than one person at the employee’s previous company to gain a balanced opinion of what the employee was like.

Extensively question listed references/referees. Employees are not going to list a person as a referee if they know that person is going to say negative things about them. A planned list of questions needs to be asked based on information that has been provided in the employees CV.

Conduct extensive social media searches. Social media should be used as a guide only and not believed unless it has derived from a reputable source and you have cross checked the source. However extensive background information can be obtained from social media that may prove or disprove what information the employee has provided to the employer.

The risk to your business and assets is real if you don’t conduct pre-employment screening and background checks on the people you are employing. There is no excuse for laziness, complacency or cutting corners and its too late once the horse has bolted. Ensure you or your HR department does their job so you don’t get egg on your face.