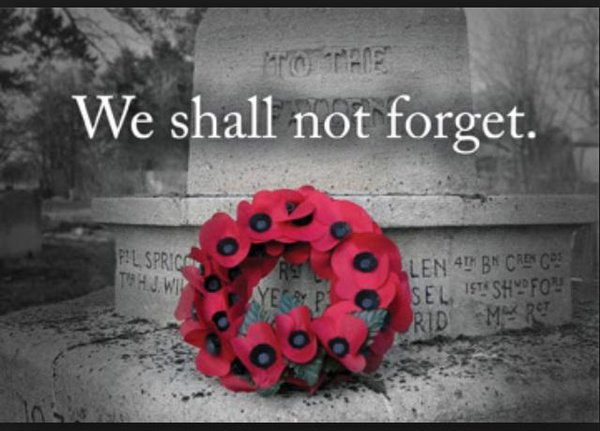 Its difficult for many of us to fathom the horrors that so many men & women faced during the battles of World War 1. So many of them travelled to a foreign land, never to return home as they sacrificed their lives so that future generations could live in freedom and peace.

At 11 am, on the 11th of November, 1918, the guns on the Western Front fell silent after more than four years of continuous warfare. The allied armies had driven the German invaders back, having inflicted heavy defeats upon them over the preceding four months. The Germans called for an armistice in order to secure a peace settlement. They accepted allied terms that amounted to unconditional surrender.

The 11th hour of the 11th day of the 11th month attained a special significance in the post-war years, defining an eternal moment when hostilities ceased on the Western Front and became universally associated with the remembrance of those who had died in the war. It is 100 years ago today that we remember all of those men & women who fought and paid the ultimate sacrifice in World War 1. Remembrance Day.

Like many of us, I had family members who were shipped off to a foreign land to fight for freedom in World War 1. My great grandfather, Rupert Henry Morrish (pictured seated on a camel on the right), was a Private in the Australian Light Horse that fought at Gallipoli. A bloody campaign fought between the 19th February 1915 and the 9th January 1916, resulting in over 500,000 casualties from both sides.

Luckily he survived the war and was able to return home to see his loved ones. However so many did not share the same fate. World War 1 was one of the deadliest conflicts in the history of the human race, in which over 16 million people died. The total number of both civilian and military casualties is estimated at around 37 million people.

I have researched and read a lot about World War 1, taking particular interest in stories that were written by the brave men & women who fought. And although I can never appreciate what happened, it is in this one quote from French Officer Charles de Gaulle during the Battle of the Frontiers, that leaves an unforgettable image in my mind.

“The first shock was an immense surprise…. Suddenly the enemy’s fire became precise and concentrated. Second by second the hail of bullets and the thunder of shells grew stronger. Those who survived lay flat on the ground, amid the screaming wounded and the humble corpses… Isolated heroes made fantastic leaps, but all to no purpose. In an instant it had become clear that all the courage in the world could not withstand this fire.” 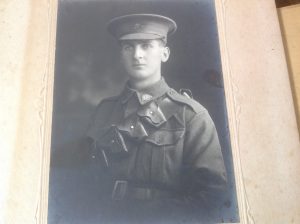 Unfortunately, humans have not learnt from history and continue to wage war around the world, resulting in the deaths of many innocent people. I hope that none of us will ever have to face the same horrors that our ancestors did in World War 1. And although we would prefer to forget the memory of war and sadness of lives lost, we owe the freedom and relative peace most of us enjoy today, to the sacrifices of those who did not have a choice and had to fight.

We must remember them. Lest We Forget.