It’s disappointing to read the news each day from around the world and see more and more cases of violence and hatred that is driven by racism and xenophobia. 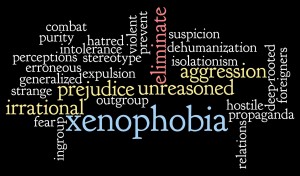 But violence throughout history is not the topic of this discussion. My discussion is that I believe media is to blame for a large part of racism and xenophobia around the world.

But how does media make us more racist and xenophobic? Well the evidence is in the content of the media. Take a look at media from around the world over the past week. Most of the content will have an element of racism and xenophobia simply because of the stereotyping that media has in its content.

Without singling out individual media sources, as collectively they all do the same, here are some examples of racist and xenophobic influencing by the media.

“A group of Muslim men protested today in Melbourne.”

Every minute of our day, media is influencing racism and xenophobia through their racist and xenophobic stereotyping. And if you are not convinced then consider the alternative.

The deliberate stereotyping of individuals and groups by media does create racist and xenophobic thoughts in us as individuals – it influences our perceptions – making us think that if the individual or group wasn’t Muslim or wasn’t gay or wasn’t Christian or wasn’t black then it would not of happened. 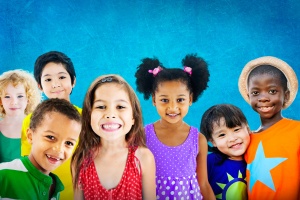 I have very close friends from all walks of life; Gay, Asian, Aboriginal, Muslim, Buddhist, Christian, Indian and the list goes on. But I never introduce my friends or associates to other friends as my gay friend, my black friend, my Muslim friend or my heterosexual friend. I expect that all of my friends and associates to treat each other equally and judge whether they like the person or not based on their own perceptions, not by what I have told them.

So in a world that is increasingly showing more violent acts driven by racism and xenophobia, the media needs to take more responsibility and it needs to stop influencing our perceptions through deliberate stereotyping of individuals and groups.

Lets stop racism and xenophobia and lets stop the violence against each other.