The Pchom Benh festival period is upon us again and although it is a time when families and friends get together to celebrate past ancestors, it is also a time to be more vigilant and stay safe.

Unfortunately, historically during the Pchom Benh holiday period there has been an increase in crime rates, with opportunistic theft and robberies increasing across the country and an increase in traffic accidents resulting in injury and death. 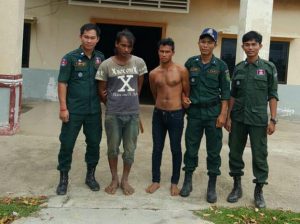 Thieves prey on soft targets,  conducting bag snatches, pickpocketing, drive by thefts and robberies with the majority of crimes being non-violent. A news article in December 2017 showed police voicing concerns that crime rates were increasing in Cambodia, and although official statistics have not yet been released for 2018, my contacts at the Ministry of Interior state that crime has increased this year, with violence, theft and drug related crimes up from 2017.

Traffic accidents, particularly accidents resulting in death, have also increased from 2017. Fatigue and drunk driving have been the major causes of accidents and these causes will increase during the Pchom Benh holiday period as people enjoy their festivities.

Even though Cambodia is an amazing place to live and visit, and generally is a very safe place, we must remain extra vigilant during these holiday periods. Here are my tips to minimising your risk to becoming a target of opportunistic theft or robbery and to remaining safe. 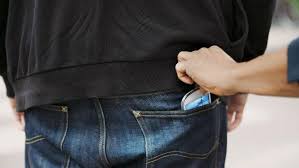 At all times be vigilant and remain aware of your surroundings. In many cases thieves will follow or surveil their target before committing their crime. Thieves prey on targets who they think are not paying attention to their surroundings and in nearly all cases, a victim has no idea that a crime is occurring until its too late.

Reduce the number of valuables you carry. Don’t carry large amounts of cash with you; don’t carry credit cards and other important cards; don’t wear expensive jewellery and avoid carrying any valuables that aren’t required during the day.

Reduce visibility of your valuables – don’t wave cash around for everyone to see; keep your phone in your pocket unless you have to use it, and securely fasten cameras to your body.

Avoid travelling alone at night time and avoid walking in streets with minimal lighting; thieves will always look for soft targets in areas that have no pedestrian traffic and are dimly lit. 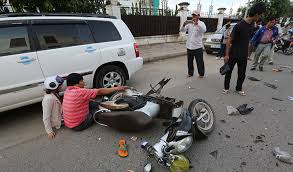 Try to use motodops and tuk tuks who you know or are known to venues you attend. There have been many cases where tuk tuk drivers or motodop drivers have acted in conjunction with thieves, either pre-planning to take unsuspecting victims into unfamiliar areas where thieves are waiting or assisting in the theft themselves. The new PassApp and Grab facilities should be used where possible.

Don’t drive your car or ride a motorbike if you have consumed alcohol. The roads will be extra busy with traffic, with many drivers either in a rush to travel to their destination and/or affected by alcohol and fatigue themselves. The chance of traffic accidents does increase during the holiday period.

Following the above tips will reduce your risk of becoming a victim. But at the end of the day it is common sense that will ultimately increase your chances of staying safe.

Be vigilant, be smart and enjoy your holidays!