What is free speech? Well according to Wikipedia it is ‘the right to express opinions without censorship or restraint’.

As a general definition that sounds fair and very workable, but the reality is that for free speech to work in this context there needs to be unconditional acceptance to one key notion.

‘If you are to be free in your speech then you must respect all other speech and opinions regardless of how much you disagree with them.’

The reality in today’s society is that as human beings who believe in free speech we are very far very removed from that notion.

In the majority of cases the abuse of free speech and non-acceptance of another person’s opinion is exemplified in the form of verbal diatribe. However there is increasing examples around the world of people and groups who don’t accept the notion of free speech, and resort to extremism, often in the form of violence.

Every day there is an example on social media of someone or some group promoting their right to free speech whilst criticizing others who have different opinions. 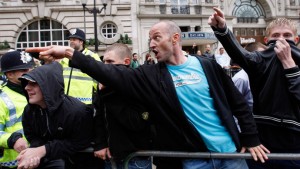 So my question is “Are we ready as a society for free speech?”

Until that day comes – we are not ready as a society for free speech!