I have been involved in policing and the anti-trafficking and child exploitation sector for nearly 17 years. Over that time I have seen a dramatic increase in the number of people abusing children. But what really concerns me the most is the increasing use of the Internet to abuse children.

Unfortunately, the work I am involved in exposes me to a world that many people in society are either oblivious to or choose to be naive about. 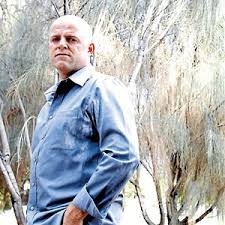 I often tell friends and family to be extremely careful with what material they upload onto the Internet, especially pictures of their children. I shake my head at friends and family who still to this day, after my advice, upload images of their children onto the Internet. Uploading images onto sites like Facebook, Twitter and other media sharing platforms, of children in the swimming pool or having a bath or in any situation that children may be compromised can expose your child to predators.

You might be saying to yourself that I am being over the top or fear mongering. Well I wish I could say I was. The reality is, the Internet is a cesspool for predators who prey on children.

Online child abuse does not just involve predators trolling the Internet, searching for unsuspecting children to befriend and take advantage of. There is another sinister world, the world where pedophiles and child sex offenders search for images of children and use those images on their own media sharing platforms. The images of your children that you upload onto the Internet, even though they are done so in an innocent manner are susceptible to misuse by predators. Go onto Facebook, open someone’s profile, find an image, right click the image and save the image to your desktop. It is now yours to do with what you please.

I identified web-links that were related to child pornography, images of children naked and being indecently abused, and other media that was linked to pedophile controlled servers. Even I, an 8 year police officer could not believe how many child pornographic images and web references to child abuse I identified from the computers in the Internet cafes. (The material I seized was passed onto various policing authorities around the world for further investigation).

In short, child pornography or any media that makes reference to children being abused should not be accessible on the Internet and if there is any material identified, it should be removed or blocked immediately. Unfortunately this is not occurring.

Until such time as the Internet receives more international regulation and more controls are placed on companies like Google, our children are extremely vulnerable to predators looking to abuse children on the Internet, and it is your responsibility as parents to ensure that you are doing everything you can to protect your children from online abuse.

In its push to improve the tactical capacity of law enforcement officers in Cambodia, SMCS...

GEI Mekong has today announced that Mr. William Willis will take over the role of...

SMCS GROUP has confirmed that it will continue its support of the National Breast Cancer...