I love Cambodia. It has been my home for the past 10 years; it’s a place where I met my beautiful wife Shuly and a country where I have raised my two gorgeous daughters.

But there is an element of Cambodia that I despise. Blame for the issue needs to be equally shared between Cambodia and foreign business and if something drastic is not done soon, the younger generation of Cambodia will pay a heavy price in the future. 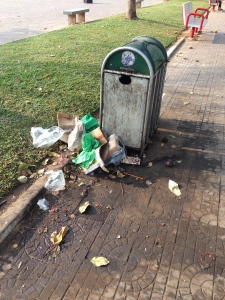 The issue I am talking about is the growing levels of waste and rubbish that is clogging Cambodia’s streets, waterways and gardens.

The levels of waste and rubbish have become so high that evidence of it can be seen on every street corner and in every waterway. Piles of rubbish have not only become an eye-sore in Cambodia’s cities but it is causing the streets to stink with the stench of rotting rubbish and rats can be seen scurrying through the rubbish at all times during the day & night.

You don’t have to be a conservationist to regard the issue of waste and rubbish piling up in Cambodia as a problem. But someone has to start taking responsibility for creating the issue. Sure blame can easily be passed onto the Cambodian company that is responsible for collecting waste and rubbish – its well documented that they are doing a less than perfect job. Blame can be passed onto the Government – their efforts to reduce waste and rubbish in the streets has not been good enough. Some blame definitely must be passed onto foreign private business. Its them who have introduced plastics, polystyrenes and other toxic waste into Cambodia with little regard for the impacts that these pollutants have on the environment. 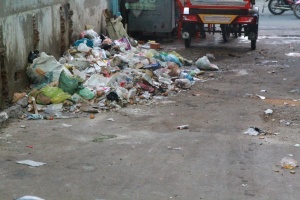 I’m extremely passionate about cleaning up the rubbish in Cambodia and improving the environment that my children live in. My company SMCS Group has implemented a green friendly policy, SMCS Earth has made protecting the environment one of its key support areas and SMCS Energy is working very hard to implement our waste to energy projects in Cambodia.

So I am reaching out to all of the youth that live in Cambodia with me. Take responsibility, start being a loud voice, start educating people to put rubbish in rubbish bins and lets together make Cambodia beautiful.