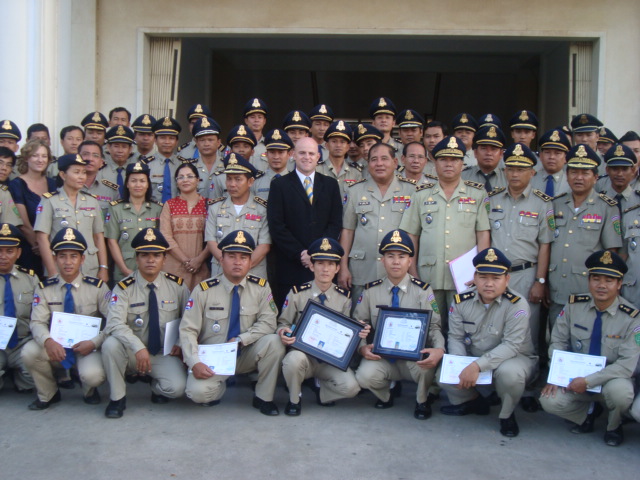 Building Rule of Law for Cambodia’s future generations begins with everyone of us! 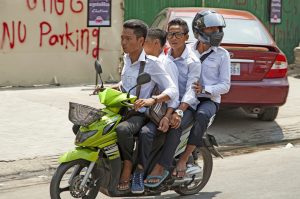 How many people do you know that have ridden a motorcycle without wearing a helmet over the past week in Cambodia?

How many do you know that have run a red light in their car or motorbike over the past month in Cambodia?

And how many people do you know that have evaded being stopped by the traffic police in Cambodia over the past year?

While these may seem minor and insignificant, they are actually offences that seriously contribute to the breakdown of rule of law in Cambodia.

Cambodia has a unique history and context that must be taken into consideration when evaluating the best way to build rule of law in the country. Decades of civil war and the Khmer Rouge period essentially dismantled the justice system, including the police force and the courts. As a result, a lot of the policing and legal expertise was lost and the justice system had to be rebuilt from scratch. Although there are positive signs for Cambodia’s Judiciary and Law Enforcement, the current systems rely heavily on patronage, limiting merit-based promotion and there are constant questions about the Judiciary’s integrity and Law Enforcement ethics.

Additionally, crime rates in Cambodia are alarmingly high. Rates of gender-based violence, including rape, domestic violence and sexual assault, are high; and crimes against property, including theft and robbery, are also high. Drug related offences are on the increase and death & serious injury from traffic collisions is a concerning problem.

There are many contributing factors to crime. Poverty and unemployment can force people to find alternative ways to feed their families and this often involves crimes such as theft, robbery and fraud. Abuse of drugs and alcohol can lead to risk-taking behavior, including criminal activity. An example of this is when young Cambodia men drink large amounts of beer, the likelihood increases that they will drive their car or ride a motorbike while drunk; there is also daily reports in the news of alcohol affected men committing acts of domestic violence . 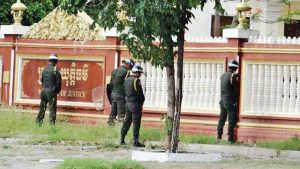 Public tolerance of criminal behaviour limits the disincentive to break laws. If there is no shame in committing minor offences like littering, public urination, or running a red light, people will continue to do these things and will not be deterred from committing more serious offences. Weak law enforcement – which in Cambodia is the direct result of corruption as well as a lack of training and resources – creates a ‘minimum consequence’ culture within the community.

One heavily debated school of thought believes that if you increase punishments for crimes, you will dissuade people from committing them. This is part of the reasoning behind long prison sentences or the death penalty in the United States. It is believed that people are intimidated by these punishments and therefore don’t commit the crimes. However this theory ignores incentives for crime such as poverty, hunger and mental illness. Additionally, many violent crimes are crimes of passion by nature, and are therefore irrational. Most people don’t stop and think about the consequences of their actions – or if they do, they dismiss the idea that they could be caught.

The Broken Windows Theory, which is a criminological theory created by two social scientists in 1982, suggested that if a window in a building breaks and you don’t repair it, people will be encouraged to break the rest of the windows in the building. In the same vein, if you allow people to break one minor law and don’t punish them, people will then be encouraged or certainly not deterred from breaking more laws. 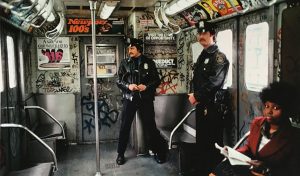 In the 1990s, The Broken Windows Theory caught the attention of the Mayor of New York City, Rudy Giuliani, as well as his Chief of Police, Bill Bratton. They decided to conduct a little experiment with the Broken Windows Theory on the New York subway system. During this period, the New York subway system was an extremely dangerous form of transportation. The subways were filthy and covered in graffiti. Public urination and littering was widespread. Mugging and assaults were common. The city’s homeless slept in the tunnels. A quarter of a million people a day would jump the turnstiles to avoid paying for a ticket. The tollbooths were barricaded to prevent theft, but youth gangs would often pour gasoline into the windows and set them on fire in order to force the tollbooth operators to open the doors.

So Mayor Giuliani and Police Chief Bratton decided to apply the Broken Windows theory to the subway system. They implemented a policy in which people could be arrested for the most minor of infractions, including fare evasion, public drinking, and urination. Additionally, every person arrested was run through the city’s warrant system and released on bail. What Giuliani and Bratton found was that some of the people jumping the turnstiles or urinating in public were wanted for other, more serious crimes. They were able to put a lot of people behind bars for rape and murder. This policy provided immediate punishments to people committing minor crimes in the subway system, and people quickly began obeying the laws – even the seemingly unimportant ones. The subway system quickly became a safe, orderly mode of transportation for the general public. Giuliani and Bratton began applying this concept to the entire city of New York, with amazing results. Although crime was dropping across the U.S. in the 1990s, New York City sustained an amazing decline in violent crime and crime against property.

Obviously arresting every person who urinates in public will not solve Cambodia’s rule of law problem, but it may help. Addressing minor crimes that contribute to public disorder are part of a multi-faceted approach that involves many sectors of society. As Cambodia continues to develop and employment levels increase, crime will naturally decrease as people find alternative ways to feed their families. As the government implements tighter controls on alcohol, drugs, and firearms, violent crime will likewise decrease. Family and community support initiatives, including better access to education and health care, will decrease juvenile delinquency.

The creation of a strong judicial and law enforcement system will help to eliminate the culture of impunity that plagues Cambodia. But how do we go about strengthening the Cambodian judiciary and law enforcement? This is a very complicated question, and one that I’ve thought a great deal about. 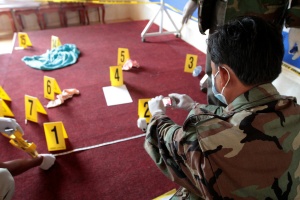 Cambodia needs to increase training across all sectors of law enforcement and the judiciary. In order to do their jobs properly, people working in these sectors need extensive training. When I first came to Cambodia in 2004, I was shocked by the lack of criminal investigation training and resources in the Cambodian National Police. Police didn’t even have bags to collect evidence. In 2008, the annual training budget for Cambodia National Police was $21.50 per police officer – hardly enough to cover training course materials and equipment they needed. It is improving but more training and resources needs to be be provided.

Cambodia needs to invest in more resources in all aspects of our law enforcement & judicial system. In many cases victims are required to pay money to law enforcement and the courts in order to have their complaint investigated because investigations cost money – transportation and evidence analysis requires funds. Sometimes there is no money to cover even a tank of gasoline for a police motorbike, and in many cases police have to purchase their own radio, firearm and handcuffs.

Cambodia needs to improve merit-based promotion and eliminate the patronage system. We need qualified people in our police force and in our judiciary. We need to enforce training standards and make sure that recruits meet minimum requirements. Additionally, the creation of a merit-based system and tiered-pay system based on qualifications will increase competition. The incentive of a higher salary will encourage personnel to do well in training and also to pursue further qualifications. 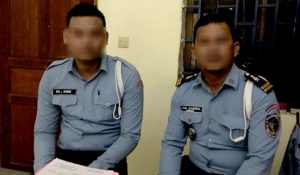 Cambodia needs to increase the accountability of law enforcement and the judiciary to the general public. This means that officials who abuse their power need to be properly investigated and punished. Ordinary citizens should have access to this accountability system, and members of the justice system should be encouraged to report illegal activity. The creation of the Anti-Corruption Unit by the Government was a step in the right direction. We’ve seen high level officials prosecuted for corruption. This shows a willingness to challenge the old way of doing things and to hold Cambodia’s law enforcement and judicial institutions accountable.

Cambodia needs to implement proactive, rather than reactive, policing. Reactive police respond to crime after it occurs. Proactive police anticipate and address community issues in order to prevent crime. One of the best ways that Cambodia National Police could become a more proactive police force would be to institute a national warrant and crime database. This is especially important given the migratory nature of much of Cambodian society – moving from one province allows a criminal to leave the paper trail behind. Creating a national warrant and crime database would allow police to make arrests on outstanding warrants, to monitor repeat offenders, and to analyse criminal trends and adjust policing strategies accordingly.

I believe that applying the Broken Windows Theory to Cambodia’s major cities would greatly reduce urban crime rates. Allowing minor crimes to go unnoticed sends the signal that it is okay to push the boundaries. It sends the signal that police and the courts won’t care if people commit larger crimes. If we woke up tomorrow and there were suddenly penalties for littering and public urination; and police were fining people for all traffic violations instead of being selective, can you imagine the impact that would have on the rest of Cambodian society? The streets of Phnom Penh would quickly become cleaner, the roads much safer and police would start to be respected by the community.

As a final thought, I would like you to think back to the questions I asked at the beginning of this article. I want you to think about how your actions contribute to the lack of rule of law in Cambodia. Building rule of law and improving the judicial system needs to be a collective effort. Even the small things count – wearing your helmet, obeying traffic laws and not littering.

Building Rule Of Law in Cambodia begins with everyone of us!